It’s no longer enough for marketers to throw out press releases and an occasional think-piece to niche journals. We examine the history of B2B communications and how things have changed in a digital age. 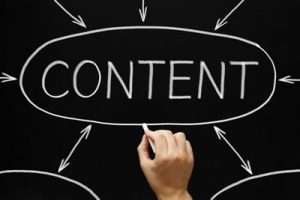 We’ve all become familiar with the concept of content marketing over the years whether we’ve realised it or not. Companies have needed to sell to each other for centuries and create useful guides and information to communicate their importance in a competitive market. Ever since the advent of the print industry, brochures, white papers and direct mail have all laid the grounding for modern-day digital content marketing.

In fact, you can trace things back as far as the late 1800s when American agricultural firm Deere & Company began production of a magazine called The Furrow. Providing news, information and advertising to the farming industry, this publication is possibly the earliest example of business-to-business content marketing on record – and it was created around 100 years before the phrase ‘content marketing’ was first uttered.

But what happened next?

An early focus on B2B marketing began with the founding of Class magazine in 1916 (later renamed BtoB).

Sears launch world’s largest store radio programme for the farming industry in 1924. The show was pivotal in establishing new ways for businesses to sell their products to other businesses.

As the economy began to recover after the Second World War, businesses began to expand their marketing into the print industry. The very first B2B print ad – “The Man in the Chair” – ran in 1958.

This was a decade where the idea of B2B content began to take hold. Trade magazines, filled with content aimed at niche industries, began to take off along with direct mail campaigns. It was these publications which created the basis of B2B content marketing as we know it today.

The increasingly globalised marketplace of the eighties left many businesses struggling to keep up. Direct mail became the favoured way to send advertising content to clients, as well as telemarketing. Fax machines brought a new way to distribute press releases and product copy, and desktop publishing made it possible for businesses to create their own publications.

With the advent of the internet, businesses were able to take some of their print copy to the web. The first documented use of the phrase ‘content marketing’ happened at a round table for the American Association for Newspaper Editors in 1996. Two years later, Netscape employed their very first Director of Content Marketing, Jerrell Jimerson.

The launch of business network LinkedIn in 2003 created a new way for both individuals and businesses to talk to each other. As content began to grow in value, companies began to expand their websites from simply being online brochures to fully-functioning information hubs. Microsoft launched their Channel 9 blog for the tech industry in 2004, while AMEX launched OPEN Forum to provide content for small businesses in 2008. Even niche industries began to embrace the benefits of regular content – ‘From One Engineer to Another’, the innovative ideas blog from fusion alloy manufacturer Indium, launched in 2009.

B2B content marketing has continued to go from strength to strength and we are now in a phase of ‘content is king’. And, as content driven marketing continues to grow, old-school PR methods are beginning to shrink. Whether you’re au fait with B2B content marketing or a complete beginner, there’s no turning back.

However, there’s no doubt as to who is calling the shots: it’s Google who is really in charge. Their regular algorithm changes are beginning to prevent content marketers from simply churning out low-standard copy to climb the search engine rankings. This is a good thing, that’s for sure. Content needs to be top-quality. It needs to talk the right language, hit the right note and incite the right action.

Sounds good, hey? Find out more about how our approach to content marketing can add value to your business.