Playing Mr Google at his own delightful game

How To Get Noticed Without SEO: Playing Mr Google at His Own Delightful Game

Google now updates its search algorithm over 500 times a year. Our features writer Chris Bilko finds out how marketeers can cope with Google’s ever-changing demands. 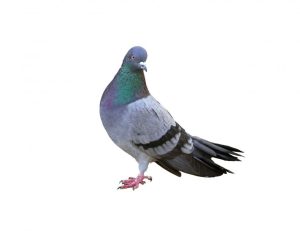 Mr Google rules the world through complex algorithms. Next time he does, you might want to watch out for a panda. Or a pigeon.

Imagine yourself waiting for the CEO’s arrival on a cold, grey, Lincolnshire morning in February 2013.

The tension builds and your heart pounds as you hear approaching footsteps in the corridor outside. The seconds tick silently by and a single bead of sweat drips slowly down your neck. Any moment now, the meeting room door will open and you’ll be forced to explain your actions.

Your attempts to outwit Google have finally caught up with you and your company has been wiped from the search engine entirely. You’ve lost thousands of pounds in a number of days.

Whilst the above is perhaps a dramatised version of events, such a meeting almost certainly took place at the world’s largest florist, Interflora, back in 2013.

On the Tuesday, Interflora’s digital marketing was going well. They consistently topped search results for a myriad of highly desirable terms, including ‘florist’, ‘flowers’, ‘funeral flowers’ and ‘Mother’s Day flowers’.

But on the Wednesday, it all came crashing down. Google hit them with a manual action penalty and their twenty-thousand daily search hits reduced to near-zero in the space of a few hours.

The penalty will have had an immediate impact on sales, perhaps the tune of hundreds of thousands of pounds. And it could so easily have been avoided – if they just played by the rules.

What specifically Interflora did wrong is unimportant. The point is they attempted to exploit loopholes in the Google search algorithm. And short-term, they were successful.

But Google updates its search algorithm over 500 times a year – which means technical loopholes don’t last forever. A panda update here, a penguin tweak there, and years of SEO work are easily wiped out.

And as soon as they’re gone, you’re in serious trouble.

Amend your mindset and get Google on side

In a world of ever changing algorithms, trying to undermine Google simply won’t cut it. To really keep up marketers must revisit their strategy.

Instead of seeing Google as the enemy, you’ll need to see Mr. Google as a friend. And any good friend will happily help further your goals – so long as you help further his. But what exactly are Mr. Google’s goals?

Aligning your goals with those of Google

Quite simply, Mr. Google aims to improve the web browsing experience. It’s as simple as that.

Yes, he aims to make a healthy profit and yes, he aims to increase market share – but he’s a clever guy. He knows that there’s no way he can achieve these goals without giving users a better browsing experience. And if you can further his cause, then he’ll happily further yours.

As you might have guessed, the single, most important thing you can do to improve the web – and therefore please Mr. Google – is publish useful, relevant content that answers web searchers’ questions.

Whether you publish written, audio or video content really doesn’t matter. What matters is users find your content useful, interesting and relevant. Offer Google that and you’ll get your rewards.

And that’s essentially the theory behind content marketing – a theory that Content Coms are firm believers in and a theory that, via our work with organisations such as Concept Energy, Forest & Maker and the SECR Hub, we’ve proved works.

Could Mr. Google ever turn against quality content? The answer is almost certainly no. But if he ever did, you’d no longer need his help.

In such a case, frustrated users would quickly flock to more useful search engines, where quality content would continue to answer their queries.

So for long term results, play Mr Google at his own game. Begin working on your content and reap the rewards.