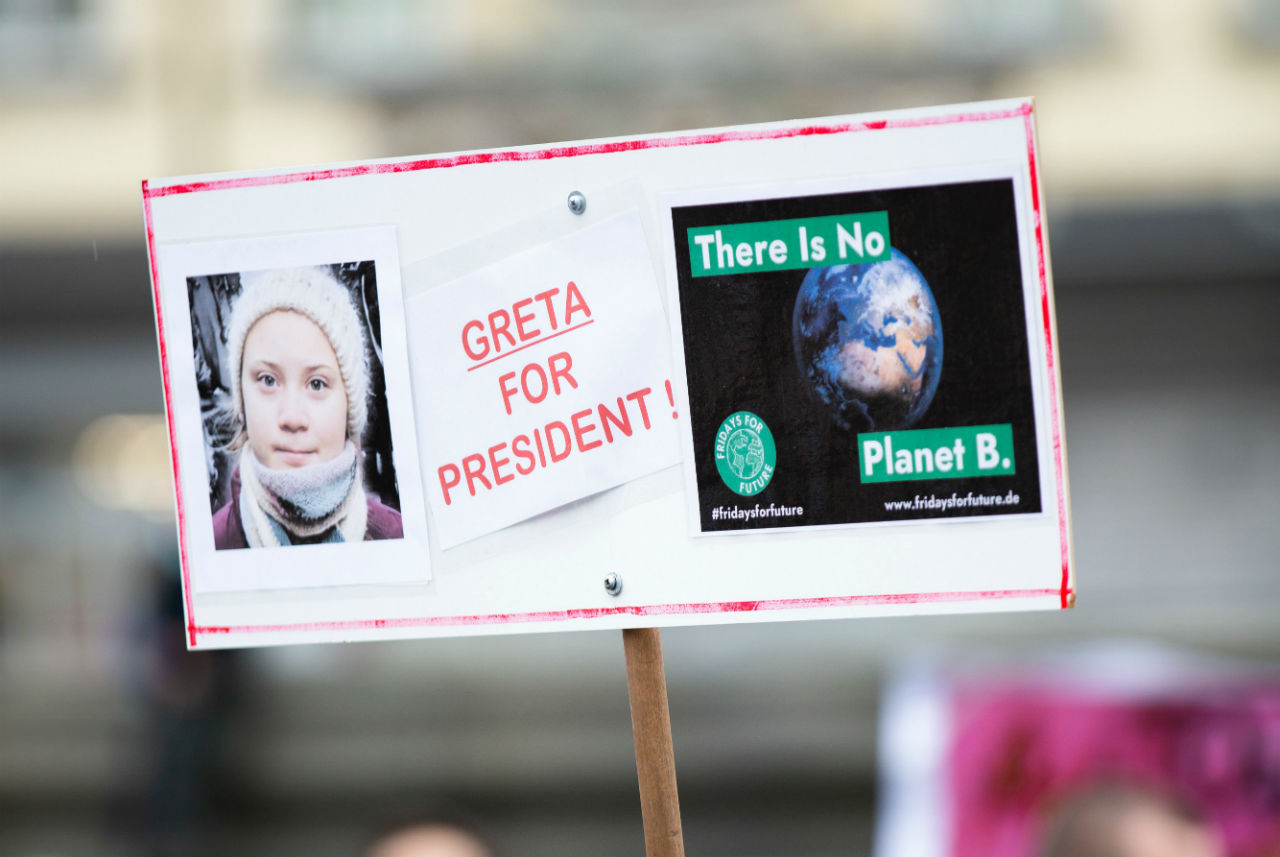 There can’t be many of us who haven’t heard of Greta Thunberg. A once unknown Swedish teenager has become a figurehead for today’s global climate movement, and quickly too.

The BBC writes that the 16 year old recently arrived in New York, after completing her voyage across the Atlantic aboard an environmentally friendly yacht.

She carried out the two-week crossing during hurricane season in a zero carbon boat, harnessing wind, sun, and hydro power.

In addition, she’s given exceptionally powerful speeches at Davos, UN COP24, the British Parliament and on top of that has been nominated for the Nobel Peace Prize. That’s some CV for a teenager.

“We have proposed Greta Thunberg because if we do nothing to halt climate change it will be the cause of wars, conflict and refugees,” said Norwegian Socialist MP Freddy André Øvstegård. “Greta Thunberg has launched a mass movement which I see as a major contribution to peace.”

How youthful energy is driving change

“Within our specialist work in low carbon communications, I’ve been watching a vital and growing trend, the astonishing levels of engagement among both millennials and younger people on climate.

“They engage across social media, apps, and news feeds, not only consuming but adding to the conversation. Greta has 1.35 million Twitter followers.

“Put simply, the urge to not only engage, but also to act on climate change is massive among people like Greta. This is because the climate crisis will ultimately affect these youngsters, and their children in far more telling ways than the generations that first realised climate change was actually happening.

“Their actions will ultimately shape how we react as a whole to our warming climate, and whether or not we can halt the damage.”

The Guardian explains that in her next salvo, the 16-year-old Swede will add her increasingly influential voice to appeals for deeper emissions cuts at two crucial global gatherings: the Climate Action Summit in New York on 23 September and the the UN climate conference in Santiago in early December.

And Greta shows astonishing maturity when faced with disparaging comments from the other side of the climate debate.

According to The Guardian, Steve Milloy, a Fox News contributor and former member of the Trump transition team, described Thunberg on Twitter earlier this week as “the ignorant teenage climate puppet”.

Yet the young founder of the school climate strike movement appeared unfazed in a quayside press conference before she boarded her transatlantic vessel. “There’ll always be people who don’t understand or accept the science. I’ll ignore them,” she said. “Climate delayers want to shift the focus from the climate crisis to something else. I won’t worry about that. I’ll do what I need.”

Action is within everyone’s hands

It is notable that Greta been diagnosed with Aspergers and has at various times experienced depression, anxiety and selective mutism. Today, however, she has risen to become the spokesperson for the global climate movement and its most recognisable face.

“Her astonishing achievements show that anyone, no matter how young or old, can and should act on climate,” comments Jo Watchman.

“Our low carbon work at Content Coms is a small part of this enduring global challenge. Yet the example of people like Greta shows that no matter how large the obstacles, when something is important enough, we must all find the strength to act.”