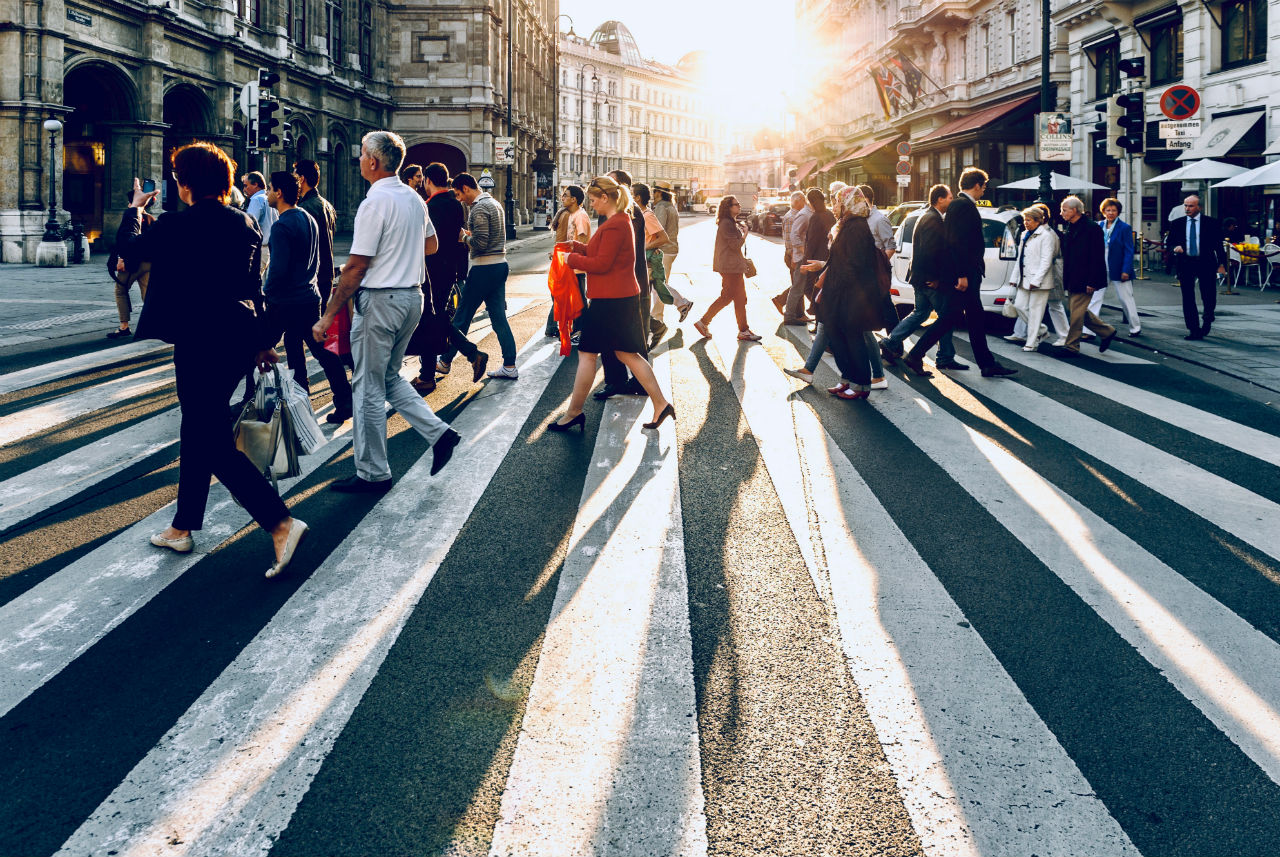 “To create a future that works, our buildings and the way they are designed, built and operated are going to need to change at least as much as the people who will be inside them.”

The biggest impact that the population will have on the built environment is the demand for buildings.

By mid-2017, the population of the UK was an estimated 66 million – its largest ever. And it is projected to continue growing, reaching almost 73 million by 20411.

The biggest impact that the population will have on the built environment is the demand for buildings. This doesn’t just apply to housing, but also amenities such as health, education, transport and utilities.

The growing population will also increase population density, thus creating pressure to fit more buildings into a smaller space. Such development will not only affect the quality of life for the people living and working in these areas, but also design constraints for the buildings, particularly the provision of light.

It could also lead to increased pressure to build on land that was previously considered unsuitable for development, or on sites that lack crucial local amenities.

Over the past 60 years, global life expectancy has increased dramatically. In the UK, it is now 79.2 years for males and 82.9 years for females2. An ageing population will impact building services in two ways.

Over the past 60 years, global life expectancy has increased dramatically.

On the supply side, it will influence the type of people who are available to work in the building services industry, and the type of work they can do. As a result, there has been an increased impetus to move towards greater automation, including use of prefabrication systems and robotics or other smart technology. For example, drones are already being deployed on construction sites in the UK3 and trials have been carried out using robots to lay bricks on building sites4.

Secondly, it will impact the demand for different types of buildings and services to cater for the older population. Along with the general market for smarter heating, lighting, security and other functions, there is a growing market for smart home solutions which help older people remain in their own home for longer.

Migration has completely transformed the population and culture of whole continents. And like life expectancy, it carries implications for both the supply and demand of buildings and associated services.

Migration has completely transformed the population and culture of whole continents.

In terms of supply, the UK construction industry employs approximately three million people. Of these, on a national scale, 8% of workers are from European Union (EU) countries, whilst in London it rises to 28%5. When the UK leaves the EU, depending on the severity of the economic and political rupture, it is likely that a large number of migrant workers will relocate, either to their home country or other EU countries. A survey by Ranstad found that 20% have considered leaving as industry uncertainty continues over how the UK will leave the EU6.

In terms of demand, if a large number of EU workers do leave, this could mean that housing and amenities could become redundant, unless the exodus is compensated for either by immigration from non-EU countries or by natural population growth.

Over the last few decades there have been dramatic changes in the structure of families and households. And changing living patterns has an impact on the number, and types, of homes required.

There have been dramatic changes in the structure of families and households.

Using Germany as an example, the total population is forecast to show very little net change over the next 20 years. Yet the number of one-person households is forecast to show a steady rise whilst the proportion of homes occupied by three or more people will show a small fall. This means that by 2035 Germany will require two million more homes than it would have done if household size stayed constant. This will result in the need for major investment in housing.

In the UK, where the total population is forecast to rise, a similar trend in household size means that there will be even more pressure on housing resources. The Government has already committed to building 300,000 houses on average each year up to 20207.

Demographics are important for the built environment and building services. When they change, providers need to adapt the way they design, build and operate the buildings.  It is important for organisations to be aware of these changes and how they could impact their business, now and in the future. With the percentage of the population aged 65 and above nearly doubling over the last 80 years, the built environment and building services will increasingly need to cater for this demographic. Are you ready?

Content Coms is one of the UK’s leading B2B communications consultancies specialising in the energy, environment and technology sectors. Keep up-to-date with the latest industry news and analysis here.