Content Communications / Thinking  / Nature can heal itself: Why we support the magic of trees 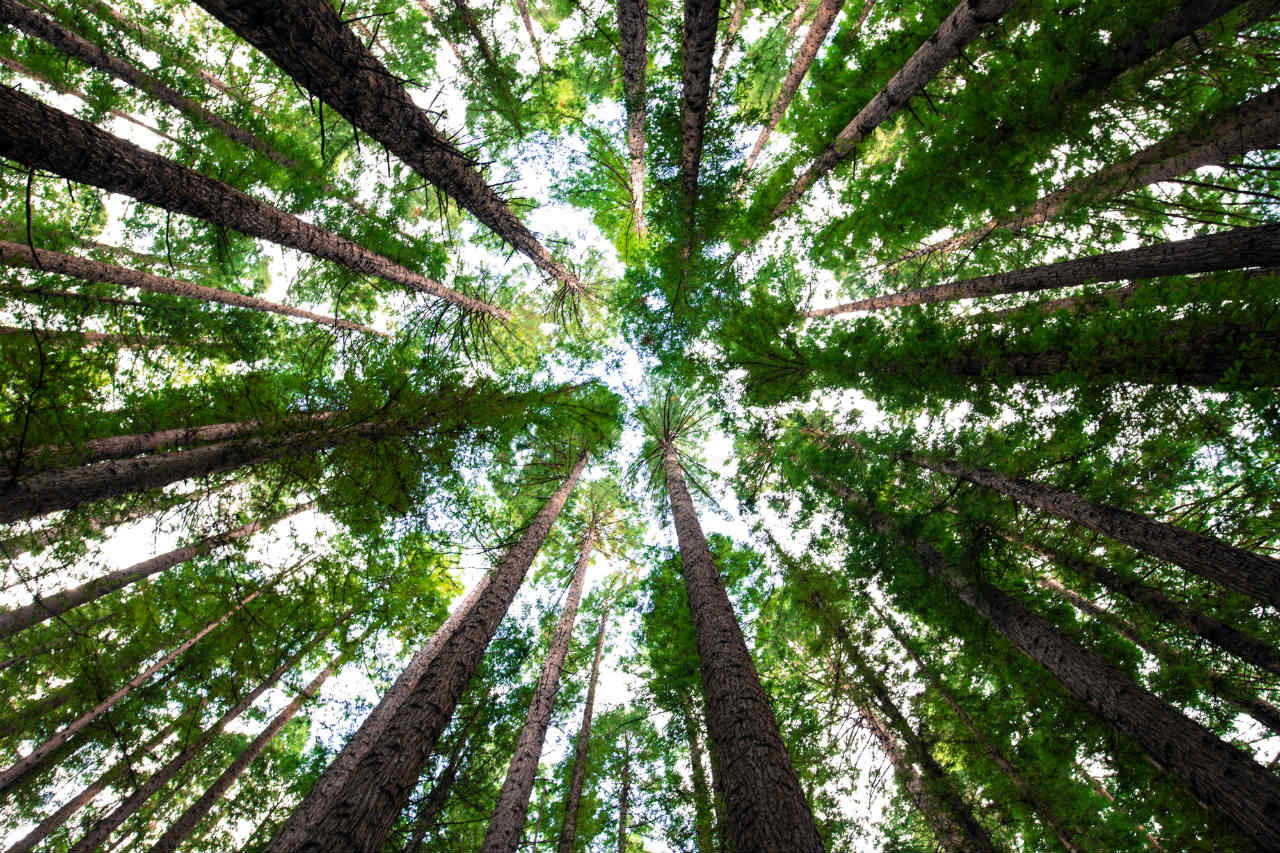 Nature can heal itself: Why we support the magic of trees

Even the likes of Donald Trump seem to have realised trees’ potential to mitigate climate change. Alongside more technical solutions, have we been ignoring the simple power of nature to heal itself?

Recently, President Donald Trump told a crowd at the Davos World Economic Forum that the U.S. will join the Forum’s 1t.org initiative to restore and conserve one trillion trees around the world, according to The Hill.

Trump, probably the world’s foremost climate sceptic, is not top of our friends list here at Content Coms. But his announcement did remind us that whilst our pages often highlight technology-based solutions to today’s climate crisis, potentially benign, simple alternatives also abound.

The Woodland Trust is one UK organisation seeking a greater emphasis for the role trees play in the climate solution.

Trees, it says, are the ultimate carbon capture and storage machines. Like great carbon sinks, woods and forests absorb atmospheric carbon and lock it up for centuries.

Some interesting statistics surround trees. A young wood with mixed native species can lock up over 400 tonnes of carbon per hectare, yet the Trust notes that just 13% of the UK’s land area is covered by trees compared with an EU average of 37%.

Plainly, there are additional advantages to trees; they offer a rich source of biodiversity, wooded areas are beautiful to walk through, and correctly managed they play a vital role in the economy, both as a source of natural buildings materials and as eco capital.

Are trees up to the challenge?

Alone, perhaps not. The Trust estimates 1.5 million hectares of additional woodland would be needed to help reach the UK government’s 2050 target to become carbon net zero.

Part of the challenge is competition for land. 1.5 million hectares is around the same land area as Yorkshire; in a country like ours, where housing and space for industry is badly required, that’s a considerable chunk of our geography to set aside.

There is also the vexed question surrounding the logic of planting trees whilst simultaneously destroying them. “We’re not telling you to offset your emissions by just paying someone else to plant trees in places like Africa, while at the same time forests like the Amazon are being slaughtered at an infinitely higher rate,”

Overviewing the science for this brief glimpse into the world of trees shows a surprisingly opaque picture. Some articles claim planting billions of trees across the world is one of the biggest and cheapest ways of taking CO2 out of the atmosphere to tackle the climate crisis.

Certain research estimates that a worldwide planting programme could remove two-thirds of all the emissions from human activities that remain in the atmosphere today, a figure the scientists describe as “mind-blowing”.

Yet others argue achieving the massive carbon tree takedown is a technical challenge. It would take many decades before new forests would be mature enough to store large amounts of carbon. But time is of the essence as climate change will progressively diminish the available areas for tree restoration day by day.

We can weigh in here. Moving back to technical ground where Content Coms has deeper expertise (we love trees but we aren’t arbology scientists), a similar opacity remains true for most mitigation tech; namely that no one approach represents a global panacea.

When it comes to carbon capture, energy efficiency, renewables and a host of other tech-based solutions, the science repeatedly demonstrates that a combination rather than a single approach wins the day.

Glimpsing the wood for the trees

“At Content Coms, we love the woods and the forests, and we’re fascinated by the role they might play in helping tackle the climate crisis,” comments Jo Watchman, CEO and Founder, Content Coms.

“The role they can play should probably be one in tandem with the advanced technical developments we are seeing in the low carbon sector every day.

“By combining nature’s unique, symbiotic ways of helping nurture the climate, with man’s scientific achievements, perhaps we find the most harmonistic approach to a sustainable future.”

We’d love to know what you think about how trees might help mitigate climate change, and if you want to know more about The Woodland Trust’s fine work in this area, download The Emergency Tree Plan for the UK.

Content Coms celebrated its 10th Anniversary with a donation to the Woodland Trust – watch our video here.