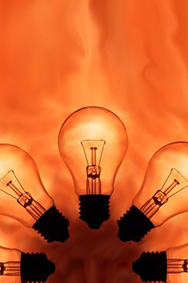 Beneath the orange glow of inefficient floodlights* and to the slightly incongruous sounds of a saxophone being played in the edie.net café, this year’s SustainabilityLive (encompassing NEMEX, IWEX and a new Energy Recovery show) kicked off on Tuesday at the Birmingham NEC.

*hat tip to our client, Andy Chell of lighting maintenance firm Greenlite UK, for pointing this out!

The first day of the show was reasonably well-attended, though perhaps short on bustle and buzz. The new Keynote Stage, the central facet of the revamped show, boasted round table discussions from industry bigwigs.

Making the most of the technology available, livestreams of panels on Youtube also provided a chance for non-attendees to get a taste of what was going on. The Keynote Stage seemed popular with attendees – even garnering queues out the door at one point – and it’s only a shame that there weren’t more must-see sessions.

However, a few key themes emerged in Tuesday’s seminar programme:

•    A sense of government green policy as having gone ‘off the boil’
Almost across the board, there were pleas for greater government guidance: on topics as diverse as the need for an official definition of zero-carbon to the need for a long term, consistent subsidy programmes for renewables.

•    Combatting the false choice between environment and economy
This was the central theme from the ‘Greening the Manifestos’ panel, which sought to establish what the environmental-business world needs from next year’s election manifestos. The loudest plea was an end to the ‘environmental consciousness = job losses’ false dichotomy.

•    Overcoming the ‘data graveyard’
The best way to deal with energy data was big news, both on the stands and in the seminars. In a session about successes made by Bristol City Council, there was a clear message on the benefits of opening up energy data to users, rather than leaving it ‘buried’ and unexamined. In Bristol, information about energy use is targeted to various users (the mayor, the managers, even staff in schools), rather than lumping all the responsibility for energy onto a single energy manager.

•    The importance of credibility
Finally, there was a definite sense of energy efficiency coming of age: credibility is now king. All energy-efficiency measures in organisations need to be validated; the competency of everyone involved must be ensured; and technologies need to be robust and proven.