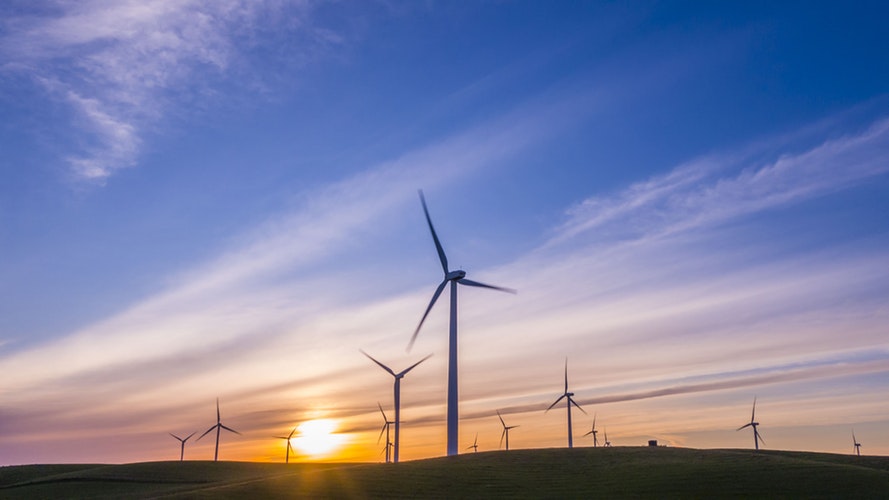 All too often, here at Content Coms we are analysing disturbing trends in climate change, or challenging Government efforts on energy efficiency.

However this month we have a more encouraging tale to tell, one of a UK that is, in real terms, making remarkable progress on greening up energy.

On 26 July, the Government released its Digest Of UK Energy Statistics for 2018. Within are some fascinating numbers that point to genuine low carbon progress.

To begin with, primary energy production rose in 2017, up 0.4 per cent on a year earlier. You might imagine this is bad, but the increase was driven by growth in output from wind, solar and hydro, plus bioenergy.

Alongside this, fossil fuel growth contracted with coal output falling to a record low level. And there’s more.

Our final energy consumption fell by almost an entire percentage point, as demand for heating decreased. Electricity generated from renewables in 2017 reached a record 29.3 per cent of total UK generation, some 5 per cent higher than the previous year.

Most tellingly for the Content Coms analysts, low carbon electricity’s share of generation increased from 45.6 per cent to a record 50.1 per cent.

All of this means that overall emissions fell by 12 million tonnes of carbon dioxide, about 3 per cent between 2016 and 2017, driven by the changes in electricity generation.

The maths isn’t hard to figure. Such improvements, maintained over the next 10 to 20 years, would represent a 30 to 60 per cent cut in UK emissions. This would do a lot for our legally mandated carbon cuts due in 2025 and 2030, and get us on the way to the required 80% reduction in emissions by 2050.

UK energy overhaul; what comes next?

“There is no denying this is a superb, positive news story for the UK. But remember, the closer we get to carbon targets, the harder those incremental, final improvements become to find.

“That means that as we move along the path to low carbon, we must constantly innovate, not only our technology, but also our strategy, which must be fluid and adaptable as well as resilient and strong.

“I’m very inspired by the figures. We should always remember that when it comes to energy, the unit we don’t use is the unit we need not replace with low carbon generation.

“And on that basis, I feel assured that energy efficiency will play a greater and greater role as we step towards our higher level aspirations.”

Everyone that’s part of the UK energy sector should feel proud of the UK’s achievements.

Remarkably, even The Sun, not the most scientific of broadsheets, carries the story, saying that the amount of pollution for each unit of UK electricity produced has more than halved in five years, down from 483 grams of carbon dioxide per kilowatt hour of electricity in 2012 to 225g in 2017.

Perhaps most telling is the Sun’s open comments section however. Some choice remarks include; ‘Fake news as wind turbines don’t work,’ and ‘Once again we have an article about climate change and the dangers of rising co2 [sic] that dishonestly doesn’t ever mention the amount they say is going to bring about armageddon.’

It’s easy to laugh off such comment. But in an increasingly polarised political world, where the truth of climate change is under ever more intense assault, the low carbon sector must be ready to fight its cause.

Let’s never forget the work we have done to get here. And let’s prepare for more work ahead as the world’s nations up their game in the fight against CO2.

Content Coms is one of the UK’s leading B2B communications consultancies specialising in energy and green-tech. If you’ve enjoyed our article, how about reading more of our news and analysis?